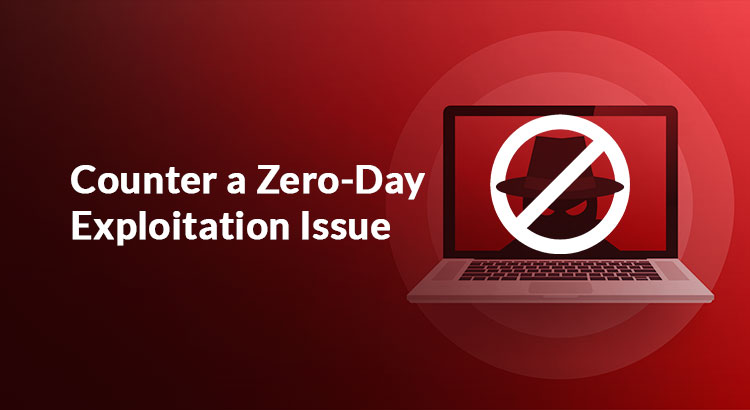 A “zero-day attack” refers to an attack which exploits a bug or flaw in a particular software or firmware that the vendor does not know about. Usually found in the digital content piracy space, it may appear in the area of network security as well.

A “zero-day exploit” and a “zero-day vulnerability” are, in essence, quite different from each other. In simple terms, we can simply describe the former as the “cause” while the latter is its “effect”.

A zero-day vulnerability generally opens up a timeline for a hacker before the developer or vendor fixes the bug. Its life cycle comprises of the following:

Usually, the opportunity for exploitation lasts anywhere from the discovery of the flaw to the deployment of the patch. An efficient cybercriminal may find out about the flaw before the vendor themselves and take advantage of the situation before anyone knows there is a problem.

Where Do Vulnerabilities Appear?

A zero-day vulnerability can appear almost anywhere in your system. It might be present in the code, or an inexperienced user may create it by abusing the program. Zero-day vulnerabilities are commonly found in IT infrastructure, which tends to pass through various operators regularly.

In some cases, a vulnerability can occur due to not updating software or firmware properly. You may also create a flaw in your system by clicking on a phishing email and give hackers the opportunity to manipulate your security code. Once a vulnerability is discovered in this code, anyone can exploit it.

A zero-day exploit is the “effect” of the occurrence of a zero-day vulnerability. It is usually done using a particular technique or code to take advantage of the flaw. Essentially, a cybercriminal can exploit the issue from the get-go and gain unauthorized access to your system.

However, searching for a particular vulnerability in a lot of code can be a difficult job. Therefore, hackers tend to use various automated tools that work on a massive scale to detect bugs in your software.

Here are some aspects that differentiate zero-day vulnerabilities from zero-day exploits.

How to Counter a Zero-Day Exploitation Issue?

Here are some things that can help you counter a zero-day exploit.

Why does your enterprise need ARCON | Privileged Access Management?

A zero-day vulnerability is a common incident that usually gets patched up before anything unfortunate happens. Nonetheless, you should still be wary about this issue and take measurements to prevent it. Keep your systems updated regularly, use different security protocols, and talk with a security expert to learn other ways of protecting your network or system from exploitation. Good luck!